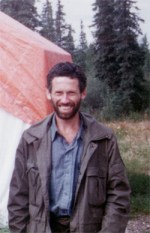 Recently, I was at the IPDI Conference (see earlier post)
and met a young lady who is waging a two woman campaign to generate visibility on an American citizen’s kidnapping that occurred in Chile over 20 years ago. Interestingly enough, after twenty years of uncertainty and frustration, the Weisfeiler family might finally get the information they have dearly sought after these many years with a personal meeting with the new President Michelle Bachelet this coming week. But they need our help to get Senators and Representatives to sign on to a letter to show the US Congress’ support for closing out this case.

On Christmas Break in 1985, Professor Boris Weisfeiler from Penn State was on a hiking trip near the Chilean border where he mysteriously disappeared. Chilean authorities (after a cursory investigation) concluded he had drowned and promptly closed the case.

Years later, due to the Clinton Institute’s effort on declassifying documents due to the Pinochet Administration, it was discovered that Professor Weisfeiler was actually kidnapped by Pinochet’s troops and had been detained in a mysterious settlement known as Colonia Dignidad (presumed to be a Nazi encampment). He was assumed to either be CIA, or a Russian or a Jewish spy – and was beaten, tortured and possibly killed. In 2002, then-Minister of Defence Michelle Bachelet met with the Weisfeiler family to investigate further after these documents had been uncovered. Unfortunately, at the time (and in 2004), the Chilean courts were not particularly receptive to SoS Bachelet’s efforts.

This year, Michelle Bachelet recently won the Presidency of Chile and met with Secretary of State Rice to formally engage in bilateral talks between the US and Chile. The Weisfeiler family recently learned of some surprising news that might hint at the survival of Professor Weisfeiler and enlisted the support of 14 US Senators and Congressmen (a bi-partisian group of the likes of of Sen. John Kerry, Sen. Rick Santorium, Rep. Nancy Pelosi and Rep. Barney Frank) who submitted a signed letter requesting SoS Rice to specifically follow up on this issue.

This week, the Weisfeiler family is again returning to Chile to meet with President Bachelet with another letter signed by over 27 US Senators and Representatives to address this issue. The challenge is – most of the most appropriate people to help out (including Sen Clinton, Lieberman, Schumer, Biden, Bayh and others) have not signed on to the letter – due primarily to bureaucratic challenges getting through to the respective Senators and Representatives.

Can you help the Weisfeiler family to make your Senators and Representatives aware of this issue – to help them declassify the remaining documents in Chile that could help them resolve this two decade long search?

UPDATE: Just found this link to the possibility that Boris may be alive on another blog:

But according to documents declassified by the U.S. State Department in June 2000, Weisfeiler was picked up by a military patrol and taken to the compound. Two years later, an informant reported to the U.S. embassy in Santiago that Weisfeiler was still alive but was being tortured and held in animal-like conditions inside the compound.

This entry was posted in Mitzvahs. Bookmark the permalink.