Should the Democratic Primary Race drag on? 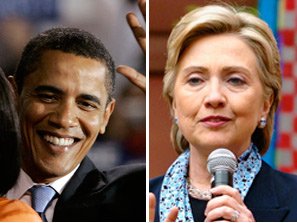 I was sitting in the Qantas/American Airlines Lounge in Honolulu listening to the continual drone of CNN and the discussion of the diminishing lead in superdelegates she has (as of this post, she is down to a +2 lead). I watched Senator Obama as he stumped in Oregon, I watched Senator Clinton as she painted the end of the race and how the party will “come together and put a Democrat in the White House”.

All the pundits put their own spin on the race, and I have my own. I have been a supporter of whomever I think can bring about positive change in America’s Future, and my own naval gazing brought about my decision of Senator Obama from a number of paths. But, has the continuing primary battles negatively impacted the potential for the Democrats to take back the White House? I think not, and here is why:

Is this a good thing?
I think so – tho I worry now about two factors:

This is a question I have been asking myself for a while – and continue to puzzle. There is a stratification of supporters and a need for connection and community. If Obama is able to play his opportunities right with the American people, then we have a winner. More to follow in the coming days.