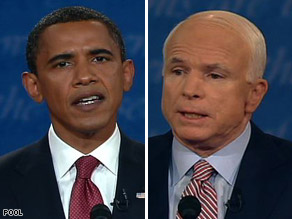 In 2000, after the debacle in the Supreme Court (can you tell where I am biased?), I was in London with my new company and was reading a copy of the USA Today around the time of the Inauguration. In the article, the reporter was describing the makeup of the “new” President’s Cabinet.

For some reason, I have always misremembered the opening paragraph within the article – in my mind, I always interpreted it to be “would you rather have a strong cabinet with a weak leader or a weak cabinet with a strong leader?” especially since he seemed to be hiring the same people that had brought the recession upon us at that time.

It seemed to me that the article written in USA Today that day was suggesting that President Clinton’s cabinet, which was filled with “policy wonks” was not as strong a solution to a cabinet of “pragmatic managers”. Read an excerpt of the article yourself:

Talk about a deep management pool. George W. Bush’s 14-member Cabinet is shaping up to be one of the most business-seasoned in presidential history. After eight years of a mostly policy-wonk-dominated Clinton Cabinet, Team Bush is tapping several former CEOs of major companies and others with strong business backgrounds. Instead of focusing on ideology and political agendas, Bush is going for pragmatic managers noted for bottom-line efficiency and teamwork skills. “Bush likes people who have business experience, because that’s the world in which he’s spent most of his life,” says Marshall Wittmann, senior fellow at the Hudson Institute, a conservative think tank. “The Bush mindset is that corporations accomplish things, so it’s not unusual that his Cabinet looks like this.”

Now, why do I bring this up? After eight years of “MBA-lead” Presidency – which I personally think has given MBAs a deep case study of mismanagement – I hope that an Obama Administration will take stock of both needs – a strong pragmatic approach to the ills of our country and a strong policy understanding of the issues that are faced within our country today.

A Strong Cabinet with a Strong Leader

When I read that article, I always said – “I want a strong cabinet with a strong leader!” which I was reminded of watching this weekend’s Real Time with Bill Maher. In it, Matthew Dowd discussed President Jack Kennedy’s choices he made during the Bay of Pigs Invasion (botched that one) and the handling of the Cuban Missile Crisis (success). In Dowd’s comments, he made mention that Kennedy, in the handling of the Cuban Missile Crisis, had viewpoints from many sides – even ones who suggested bombing Cuban to the Stone Age.

But Kennedy has the strength and fortitude and self-confidence to make a choice in the face of all options – carefully weighed out by his advisors. He did not stay partisan, he did not stick with his previous thoughts (or maybe he did not the first time) – he weighed the options and played the Leader of the Free World.

It is my sincere expectation (hope often sounds weak) that President Obama uses the resources found all over this great land – from Democrats to Republicans, from Keynesian to supply-side economics, from public and private to charter schools – he has a chance, this time with the stakes so incredibly high to make a difference in the future of this country.