What will four years from now bring? 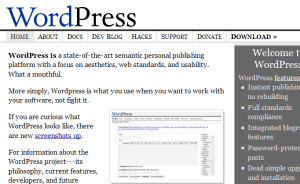 As I am banging away at another project, I overheard some people saying one of those phrases you always here when people are talking about “new” technologies (at the Social Media Monday Meetup):

What I love about this statement is at the end of the 2004 Election, when I was taking some downtime – I remember listening to everyone in the media industry discussing the new technologies of “podcasting” and “RSS feeds” – something that had been practiced in the 2004 Election.

Four years later, the “podcasting” meme has been subsumed with YouTube (has anyone looked/listened to any audio podcasts in a while?) and RSS feeds are still a technical term for adding blogs and other websites to your feed reader, personalized Yahoo! or google page (or Netvibes/PageFlakes). But, who would have discussed twitter and “tweeting” – even though the idea of texting was still a small phenomena done by the Europeans and Japanese.

Today, the threads of what may happen are being discussed in various arenas – check out these concepts:

This will be another interesting ride – seeing how society and circumstances around us will impact the engagement of people to create the next chapter of Politics.