WTF has Obama Done for Us So Far?

As I am watching 60 Minutes with President Obama speaking on the past week and I am blown away that people seem to stick to the wrong narrative.

I wish that Obama and the DNC/DCCC/DSCC spoke on what the last two years have accomplished for us.

And then, take a look at what the next fight will be about: 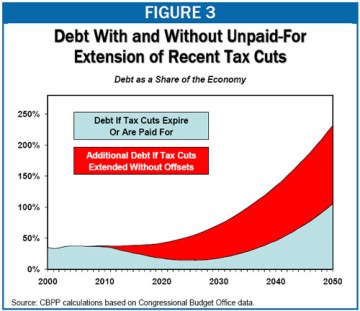 Above image from Ezra Klein at the Washington Post.

Should we keep the Bush tax cuts or drop them? Can someone on the right please tell me how our country moves forward with this debt?

2 Responses to WTF has Obama Done for Us So Far?