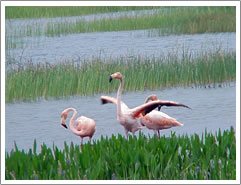 So, once again, we find ourselves with the upcoming election and people are on the search for what is the Broward Soil & Water Conservation District seat? And who are these people we are considering?

For your personal reading, here is the post from 2010 which seems to be still relevant for the actual seat/position: What is the Broward Soil & Water Conservation District seat?

As for the people in the running, there are three candidates:

Now, we have only spoken with Fred Segal in the past, who had been incredibly helpful in understanding the role.  We recently saw Blue Broward post their recommendation, based on the relationship their candidate for Agricultural Secretary candidate, they supported Douglas Russell.

They spoke against Ms. Bresso since she is being Republican and was not enthusiastic about Mr. Segal because he has run before and not won and not developed a good relationship with Mr. Hamilton.  If any of the candidates which to discuss their position along the same lines as the past seats, I am happy to publish your responses.

For me, one who is good at a role is not always a good politician – so I would much rather endorse Mr. Segal from my past conversations than rely solely on the friendship of another candidate.