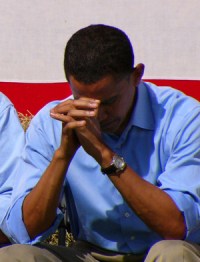 While I have been in China this past week, I have been shuttling between hotels and conference rooms – while I see all sorts of people running back and forth to events, dinners, friends and such. I see a country of diversity and similarity and one that is more concerned with the life of today in China and their families.

When I turn on the BBCNews or CNN, all I see is the hub-bub on whether or no Obama has chosen his pick for VP. Will it be Joe Biden, Evan Bayh, Hillary Clinton, Tom Kaine? Truthfully, I am not worried.

One thing I have appreciated from this campaign has been their steady hand on handling the various issues, preparing for the inevitable conflict that is to come. Whomsoever they chose, I think it will be the right person – since, once they are chosen and presented to the world, we will naturally see them next to each other.

I, for one, think that a Biden or Bayh would be a good partner for the fight – and I think that Edwards would have been excellent – if not for his unfortunate failing. I still think he has a lot of fight left in him – and like all fighters, he will come back. But at the present time – I wonder, like all of you. Looking forward to his choice in the matter. 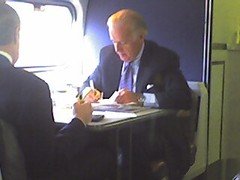 UPDATE: Sounding more and more like Sen. Joe Biden – so says the guys at Politico (heck, even Ben Smith is calling it – maybe). But still nervous about calling it for him.

I, for one, would love it if it was him. Smart individual, incredible depth of knowledge, and a real person – I saw him once on my Amtrak right to DC one morning and he was in the midst of some work with his Communications Director. Not one sense of air of expectation or exception – just a regular Joe working on whatever he was working on. Sounds like the kind of guy that can bring about some level of skill and authority to the role of the VP, with a sense of keeping his feet on the ground. And maybe he will support Amtrak as well.